The aeon of paper books has transpired. Most of us are consonant with printed pages, but in the near future the main mode of deliverance of education would be by digital means. The justification lies on the fact of hugely surcharged prices, textbooks have been under a high analysis through the media. Students are unable to buy the books because of financial conditions. The expensive price of pivotal authors in specific subjects is undeviating, keeping students remote from information. It is a common perception now that traditional textbooks are non-idealistic for the current institutional learning. 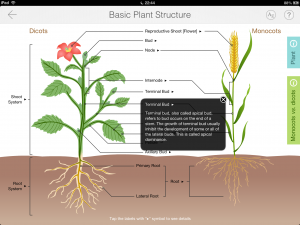 Fortunately, technology has stooped in with a highly fascinating substitute. eLearning or the digital textbooks largely came into action a few years ago and are blooming in the limelight as the headmost of conversation on education. Simultaneously astonishing rise of Apple’s iPad in the market is backing up the idea of digital learning. On further consideration e-Textbook are 53% cheaper, on an average than new textbooks. E-textbooks don’t just endeavour price superiority but offers massive experiences to the students. Charts and diagrams in maths and stats, illustration in biology book seems to be alive on the screen (have a look of our vivid example Focus on Plant) and the practical demonstration becomes so easy. Digital learning attempts correlated and associated interactive opportunities for study. Every textbook can now be an interactive lifelike experience. There are also tools to help teachers and students to catch up with the education digital shift. The application like Get Info enable the students to read, write, taking notes and study everywhere without distractions. Animated contents makes learning more existing and dynamic, games empower learning with fun and social media connects learners and teachers synchronously. These are some of the features that are supposed to be accomplished using e-textbooks.

According to the predication there will be 18.8% of increase in sales of digital textbooks by 2014 in US textbook market. The revenue on printed textbooks will face a downfall of 85% in 2015. A 400% rise in digital textbooks was accounted from 2008 to 2009. The use of digital textbooks was escalated by 24% in 2010, among these 42% customers were students who either bought or had seen the digital books. Some countries have already begun their advocacy through regulative measures. South Korea, has invested $2 billion last year to fully convert all of the country’s textbooks to digital by 2015. Of course US can’t be trailing and has invented $10 billion for the same cause. When millions of textbooks are sold at the fraction price of traditional textbooks, it will open new opportunities for students and save large number of trees for our planet.


All textbooks associations with being shallow and moronic are going down at the moment. The current circumstances indicate the future probability. Before digital textbooks fully pervade conventional education, it need some time to make a place on people’s mind and rationale. An equally bold bill is being advocated in Florida right now to do much the same thing. The students have given their opinion to the present representative of education: the textbooks no longer fulfil their needs. When an industry is found to be lacking to meet the requisite of its consumers, it is obligated for a revolutionary change.